11 Facts About the History of Education in America

How familiar are you with the history of education in the United States? Did you know the first schools focused on religious studies, not math or reading? Or that public schools as we know them didn’t come into vogue until the 1930s?

We’ve compiled 11 facts about the history of education in America, from the founding of the country to present day. Read below to learn more. 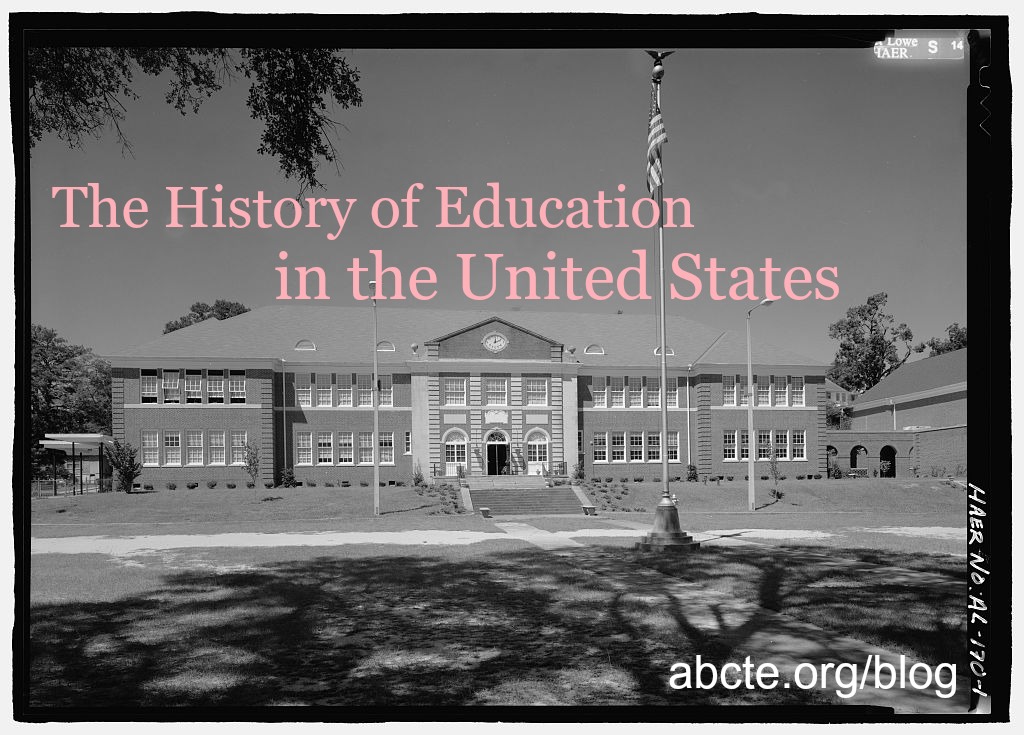 11 Facts About the History of Education in America

2. Early public schools in the United States did not focus on academics like math or reading. Instead they taught the virtues of family, religion, and community.

3. Girls were usually taught how to read but not how to write in early America.

4. By the mid-19th century, academics became the sole responsibility of public schools.

5. In the South, public schools were not common during the 1600s and the early 1700s. Affluent families paid private tutors to educate their children.

6. Public Schooling in the South was not widespread until the Reconstruction Era after the American Civil War.

7. Common Schools emerged in the 18th century. These schools educated students of all ages in one room with one teacher. Students did not attend these schools for free. Parents paid tuition, provided housing for the school teacher, or contributed other commodities in exchange for their children being allowed to attend the school.

8. By 1900, 31 states had compulsory school attendance for students from ages 8-14. By 1918, every state required students to complete elementary school.

9. The idea of a progressive education, educating the child to reach his full potential and actively promoting and participating in a democratic society, began in the late 1800s and became widespread by the 1930s. John Dewey was the founder of this movement.

11. In 2001, the United States entered its current era of education accountability/reform with the institution of the No Child Left Behind law. *Update: The Every Student Succeeds Act has replaced No Child Left Behind. Learn more about the change here.

Surprised by any of these facts? Let us know why in the comments below!

What Defines a Successful School?