American Board alum wins Rookie Teacher of the Year award

Years ago, Shelli Dampier earned her bachelor’s degree in English and began using her writing and editing talent for a variety of different industries.

“I graduated early from college and was kind of clueless about what I wanted to do,” Shelli said. “I sort of put my own ambitions on the back burner for a while because I hadn’t identified them yet.”

She garnered experience in marketing, web editing, and administration support for various companies as she also become a mother. Shelli then got involved at her kids’ school and began to realize what she wanted the next step in her career path to be. 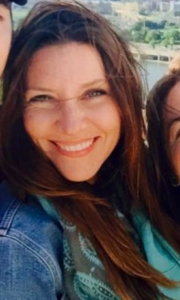 When she learned about becoming a certified teacher through American Board for Certification of Teacher Excellence’s online path to alternative certification, she dove right in.

“I decided it was what I wanted to do. I spent all summer and fall studying and finished [American Board’s program] in six months. All the while I was doing substitute teaching,” Shelli said. “Once I completed my certification, I started building my portfolio of lesson plans and started networking.”

Shelli found a job using her American Board certification in English Language Arts and began teaching full time. Her school district just named her the Rookie Teacher of the Year.

“I teach 136 11-year-olds every day and I adore them,” Shelli said. “That is the most rewarding thing if I can hear that I’m making a difference in their lives or if I’ve made something click for them.”

Those 136 students are a big reason why Shelli said she plans on being an educator for the rest of her life.

“When you choose this career path, you’re not choosing it to get rich. I probably work 100 hours a week and I do it willingly and joyfully,” she said. “They see that I do care and they respond to me and they work for me and they try harder for me.”

Shelli said American Board’s program was sometimes difficult, but worth it.

“I appreciated the rigor of the program and that it was challenging to me. The kids deserve for me to have been pushed because that’s what’s going to make me push them,” she said.

American Board applauds and thanks Shelli for her decision to change lives by becoming a teacher. Her work ethic and passion help make her a great educator, as evidenced by her school district’s decision to honor her as Rookie Teacher of the Year.

How I Crowdfunded My Alternative Teacher Certification