A Common Curriculum and Standardized Testing 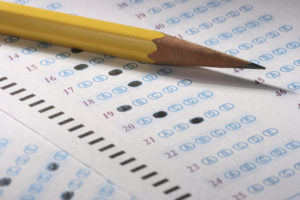 Those who have followed education policy and improvement efforts in the United States for at least the past 15 years know that two of the major points of debate have surrounded curriculum and assessment. Policy makers, business leaders, educators, and parents have wrestled with questions of “What is worth knowing?” and “How do we know that students have learned it [worthy knowledge]?” Presently, the debate on these questions has centered on the Common Core Curriculum (Common Core) and state level assessments for the Common Core.

In the context of the current debate on curriculum and assessment in the United States, the 2/2/15 issue of The Atlantic features a provocative article by Jane Greenway. In the article Why Are American Schools Obsessed with Turning Kids Into Robots?, Jane Greenway tackles the thorny issues surrounding implementation of the Common Core and the use of standardized tests to assess student performance. Greenway’s article uses a review of the book The Test: Why Our Schools are Obsessed with Standardized Testing—But You Don’t Have to Be as the impetus for its assertions on the current state of affairs in curriculum and assessment in the United States.

While Greenway’s article makes some interesting claims, I feel that several of its major premises are misguided in regard to actual practice in schools throughout the United States each day. As such, I will address those misguided or incomplete premises here:

Why Are American Schools Obsessed with Turning Kids Into Robots? Through its title and content, Greenway’s article asserts that the move to standardize the curriculum in the United States and to assess student performance is harmful because it ignores then eradicates differences among students and that it serves no purpose to improve K-12 education. I am disappointed by this basic premise in Greenway’s article for nothing could be further from the truth.

The purpose of the common core is to ensure that all students have access to the same high quality curriculum needed to prepare for college and careers after high school. Is it perfect? No. However, it is the first significant broad scale unified effort of its sort in the United States and it does reflect a great portion of the knowledge and skills that students must possesses.

Testing has failed to fulfill its purpose. This premise is used to attack testing from multiple angles. First, Greenway asserts that testing should have the purpose of serving as an instrument to increase equality among students as we move toward a meritocracy. Greenway also argues that testing has failed because it lacks transparency and results in punitive consequences for schools. Regarding Greenway’s ideal of a meritocracy created through testing, she is half right. Education is one great equalizer and a tool for mobility in our society. Also, I acknowledge that tests can be biased in a number of ways. However, the previous facts, in and of themselves, do not make testing bad.

At its core, a test should measure student learning on the curriculum, and that is all. Tests serve as tools to inform teachers about next steps for instruction. Also, the transparency that Greenway speaks to is evident; as stated the tests cover the curriculum, nothing more or less.

Finally, the punitive consequences that Greenway noted are disconcerting. This is an area for improvement, where failing results should result in increased levels of support and oversight as needed. The fact that Greenway views this as “punitive” is baffling and in places where increased support in the face of waning scores is not the norm a change is certainly needed.

The solution is to opt out of testing. Community based testing should take precedence. Greenway’s premises here must be examined carefully, for used in the wrong context, they could have devastating results. First, I must state that I believe that schools should serve their communities [students] and I am a proponent of local control of schools. I also understand the potential for flawed systems to damage students’ educational experiences. That said, I do not believe that current testing efforts as they relate to common core are flawed to the point of malpractice or danger. Are they perfect? No. However, they are sound and serve a larger good.

Also, as a proponent for local control, I see the benefit in a common curriculum and common assessment options. Now more than ever before, we live in a global community. From the desert southwest to the peaks of the Appalachians, students are keystrokes away from the other side of the planet. Because of this fact, we must prepare our students for the global workplace. The Common Core offers this benefit, by positioning all students to receive an education that will prepare them for college or career entry at a globally competitive level.

To close, curriculum and assessment are two parts of the schooling triumvirate, instruction being the third. The fact that we have healthy debates about these in the United States signals that we are focusing on the right things. The key moving forward is that all stakeholders recognize that no system is perfect, but we can have perfect intentions. With the perfect intentions of improving student achievement and sound schooling practices to support them, we will survive and thrive after the evolution of our more globalized approaches to curriculum, assessment, and instruction.

A New Teacher’s Introduction to IEPs and 504 Plans

All About Alternative Teacher Certification

The 7 Best Apps for Teachers