Former Engineer Transitions into the Classroom, Receives Idaho Teacher of the Year Award

WASHINGTON, DC (August 8, 2013) – The American Board for Certification of Teacher Excellence today announced GEOFFREY WILLIAMS as the receipient of the 2013 American Board Idaho Teacher of the Year award. Williams is an Australian native who, after twenty-three years as an engineer, changed careers to become a teacher in Idaho. “I always had a long-term plan to get into teaching, but wanted to get real-world experience first,” said Williams. “My time an engineer lends itself well in the classroom; my work experience makes me a better teacher.” 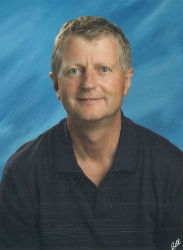 Williams teaches AP Physics, Chemistry, and Algebra II to juniors and seniors at Century High School in Pocatello. Inspired by the teachers in his life who “opened up the world of science and technology,” Williams carried out his dream to pay it forward in the classroom by “working with the youth to help them achieve their maximum potential.”

A peer lauded Williams for his ability to leverage his engineering background as a tool for learning. “Mr. Williams’ background in engineering means not only that his knowledge in Physics is strong and deep, but that he can teach the students with real-world examples about the applications of physics, math, and other subjects. My daughter is now pursuing a career in engineering, and Mr. Williams’ course has convinced her that engineering is her path.”

Williams transitioned into teaching via the American Board, an online teacher certification program that provides a streamlined pathway to the classroom for career-changers. Williams is a strong role model for his students as a subject-matter expert who exemplifies post-baccalaureate success in a STEM career. The rapid growth of STEM careers in the United States prompted President Barack Obama to issue a call to recruit 100,000 STEM teachers in 10 years under the 100kin10 initiative.

“For those professionals in STEM fields who are looking to change careers, teaching is an rewarding opportunity,” said SHAWN ARÉVALO McCOLLOUGH, President and CEO of the American Board. “You can be a part of building the future by mentoring students and preparing them for academic and career success.”

On his profession, Williams said: “Teaching is a life experience I would recommend to everyone.”